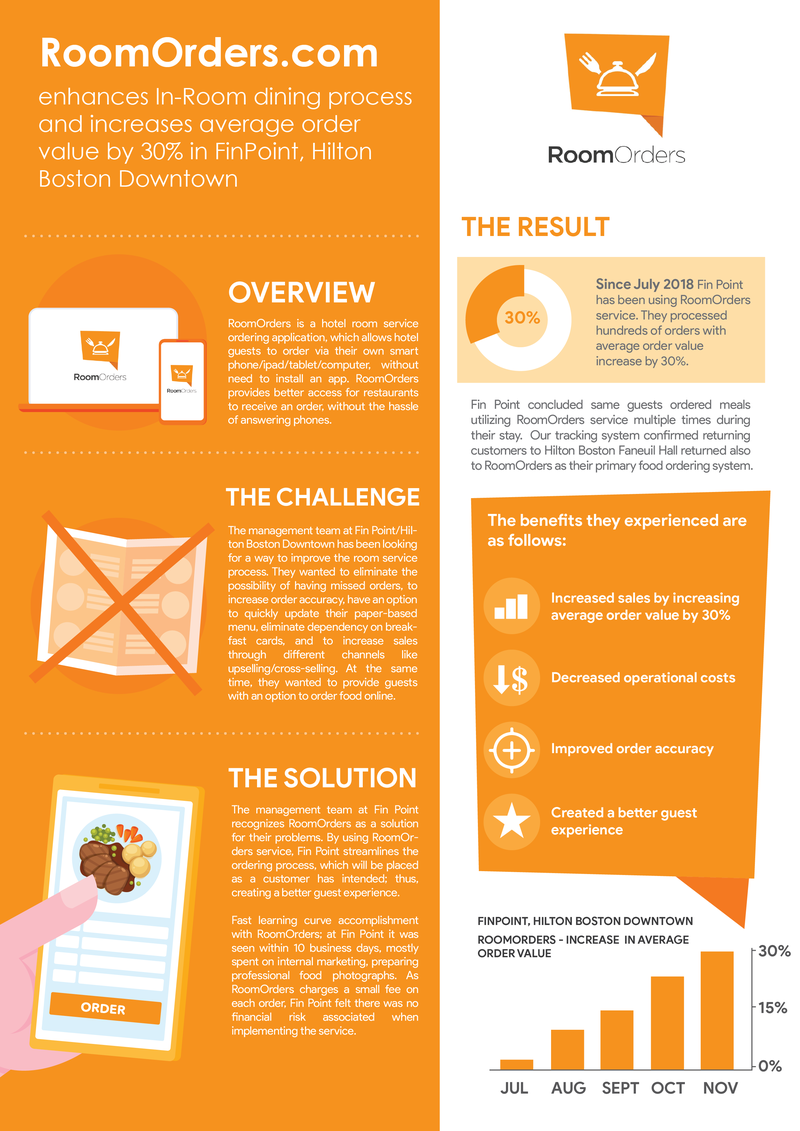 The Fin Point has been using RoomOrders service for only 3 months and they processed hundreds of orders with average order value increase by 30%.

The management team at Fin Point/Hilton Boston Downtown was looking for a way to improve the room service process. They wanted to eliminate the possibility of having missed orders, to increase order accuracy, have an option to quickly update their paper-based menu, eliminate dependency on breakfast cards, and to increase sales through different channels like upselling/cross-selling. At the same time, they wanted to provide guests with an option to order food online.

By using RoomOrders service, Fin Point streamlined the ordering process, which is placed as a customer has intended; thus, creating a better guest experience. Fast learning curve accomplishment with RoomOrders; at Fin Point it was seen within 10 business days, mostly spent on internal marketing, preparing professional food photographs. As RoomOrders charges a small fee on each order, Fin Point felt there was no financial risk associated when implementing the service.

The benefits they experienced are as follows:

Congratulations to everyone at @RoomOrders team who worked hard to make this happen.